September 22, 2022 – Denver, CO – Aviation News. Just a year after breaking ground on its latest hangar development in Denver, Colorado, Sheltair has inaugurated its second large-cabin class-size hangar in a ribbon-cutting ceremony. Simultaneously, the company also celebrated the groundbreaking of its new expansion project, which will add three more hangars to its FBO at Rocky Mountain Metropolitan Airport (KBJC) portfolio.

Sheltair’s new $12 million facility will provide tenants with an additional 6,324 square feet of Class-A office and support space, designed as six leasable areas served by common space, including a lobby, kitchen, and restrooms. Outside, the latest addition to the Sheltair KBJC complex includes 48,000 square feet of new ramp space and 94 vehicle parking spaces, 16 of which are covered. Electric vehicle charging stations are also available for Sheltair customers. 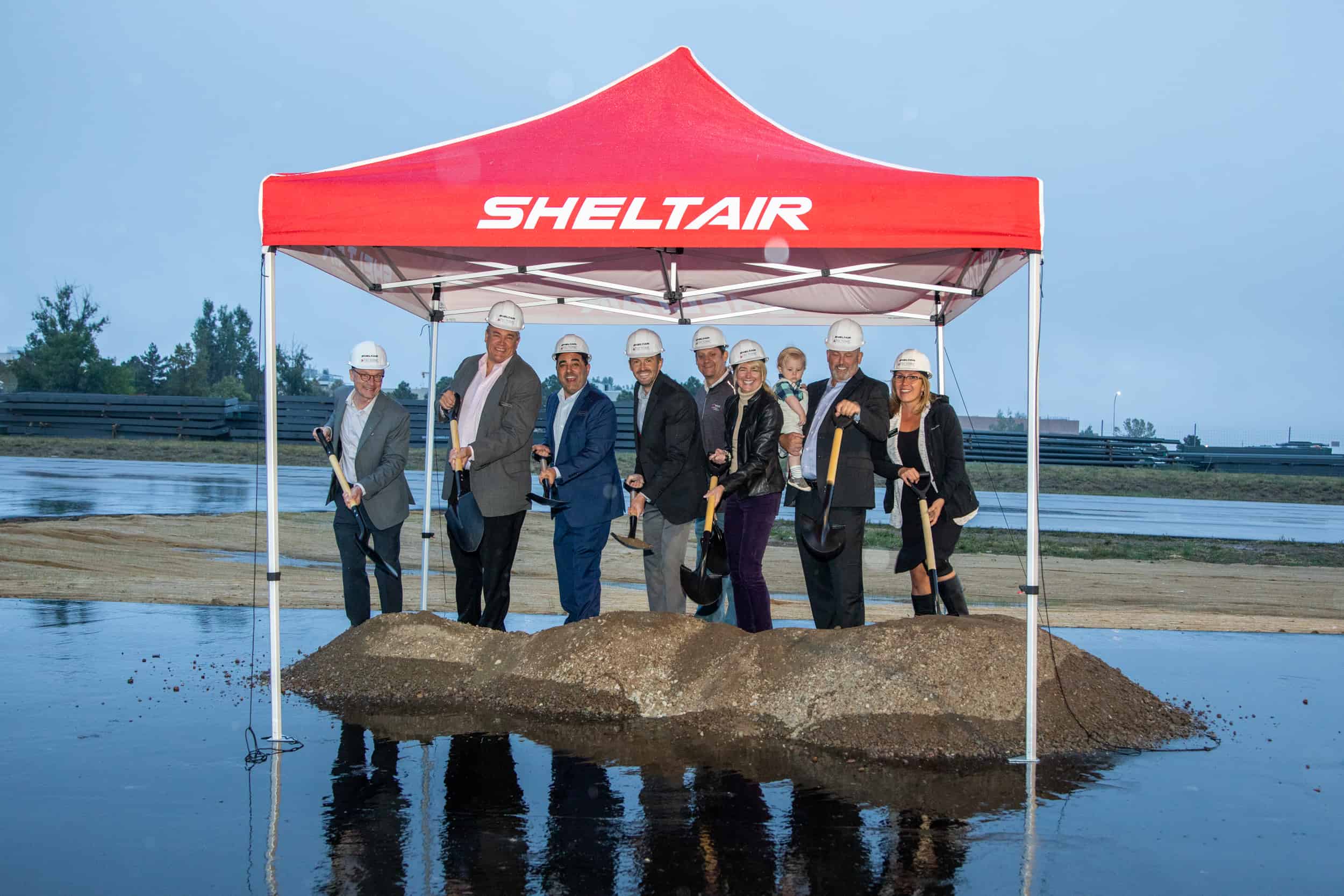 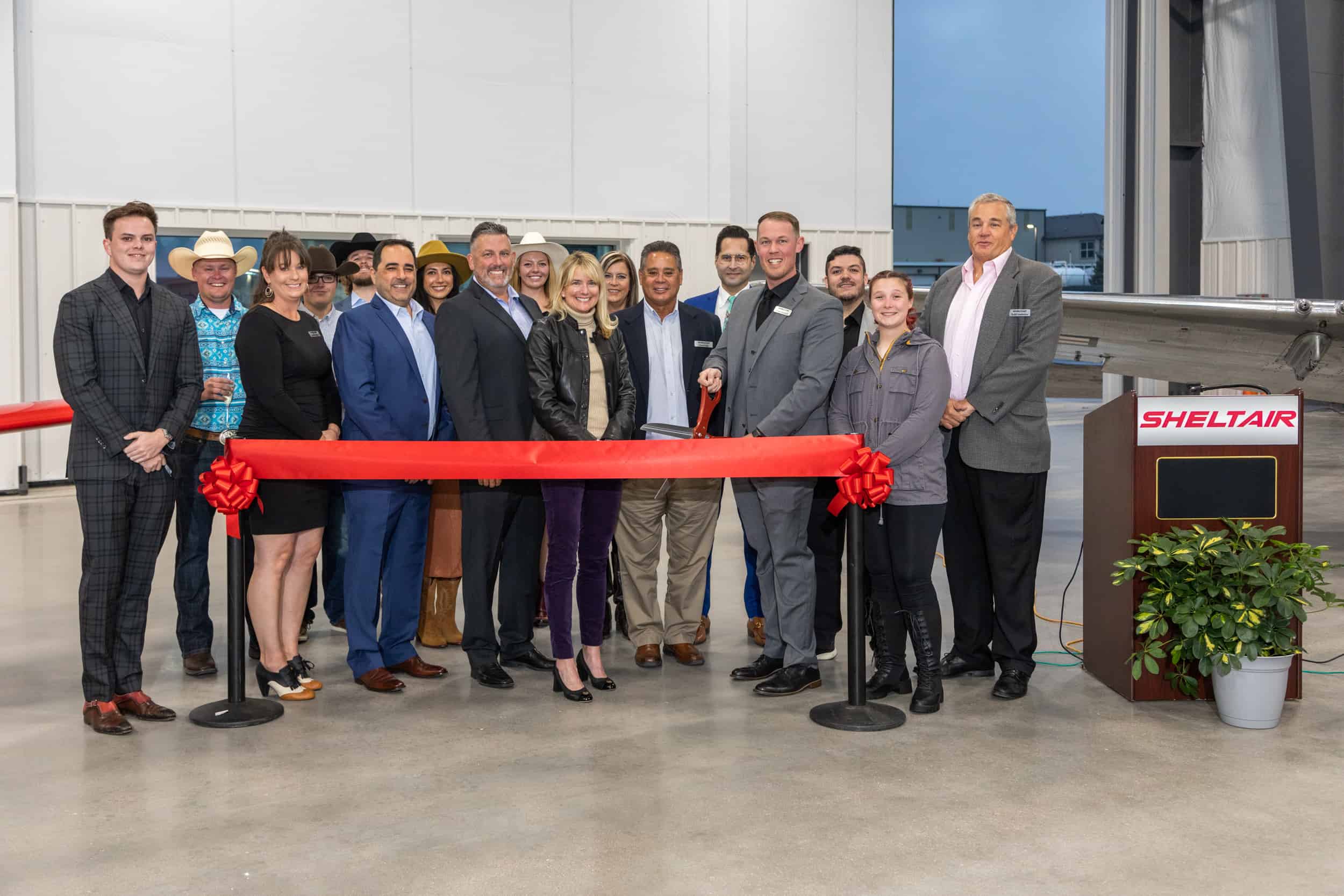 “Sheltair’s latest hangar completion demonstrates their commitment to the people of Jefferson County,” said Paul Anslow, Director of RMMA. “We are delighted to have a premier partner in Sheltair, and we are confident that our relationship will lead to long-term success.”

Sheltair’s first-ever milestone celebration added to the inauguration of Hangar B with the groundbreaking of its new development project. This facility expansion aims to deliver 52,000 square-feet of hangar space and 3,700 square-feet of office space in the first quarter of 2024. The construction will include three hangars equipped with a large flexible space, two offices, restrooms and a three-car garage.  Parking for 56 vehicles and 67,856 square feet of new ramp space will also be added to support the operation of this new project.

“We are excited to continue the expansion of Sheltair at Rocky Mountain Metropolitan Airport,” said Todd Anderson, Sheltair’s Chief Operating Officer. “We are focused on our ongoing promise to fuel, build, and serve the Jefferson County community and delivering state-of-the-art facilities that will meet and exceed the present and future needs of business aviation in BJC.”

Since Sheltair’s arrival at Rocky Mountain Metropolitan Airport, the company has invested millions of dollars in aviation infrastructure to propel Jefferson’s County community forward. Sheltair BJC was also the recipient of AIN’s Top Flight Award for best new FBO in 2020 and also earned a spot in the nation’s top 20% FBOs in 2021 for its above and beyond service to general aviation.

Those interested in touring the new facility, or preleasing hangar and office space at Sheltair BJC are encouraged to contact Francisco Alonzo at (407) 854-1818 or falonzo@sheltairaviation.com or submit an inquiry through Sheltair’s online portal at sheltairaviation.com

Sheltair is a family-owned company that enjoys a national reputation for its superior customer focus and service-driven corporate culture. Founded in 1963 by Jerry Holland, father of current Sheltair President Lisa Holland, it is still the nation’s largest privately-owned aviation network, still proudly operating 14 award-winning FBOs and a portfolio of over 4.0 million square feet of aviation-related properties across the country.