If you haven’t indulged in the vibrant coastal atmosphere of St. Petersburg, Florida, you probably haven’t experienced one of Sheltair’s hidden gems at Albert Whitted Airport (KSPG).

Located in the heart of downtown St. Petersburg, Sheltair powers the beat of this picturesque destination, supporting air traffic in and out at a rate that might surprise those unfamiliar with one of Sheltair’s busiest FBO bases.

The FBO lands visitors waterside, surrounded by scenic views of the Tampa Bay and its boating community. With two runways—the longest measuring 3,677 feet—the FBO welcomed an unprecedented amount of aircraft operations to the coastal city in 2021.

Throughout the year, the airport supported 100,821 operations—the highest figure in 20 years and the second-highest figure on current available historic information. This influx in traffic supported a record-breaking year in fuel gallons sold as well, totaling 459,152 gallons. Despite its shorter runway length, the FBO was pleased to support more than 100 small jet operations throughout the year—a volume of jet traffic typically unseen at this historic airport.

“Sheltair started operations at SPG in 2012,” said Richard Lesniak, Airport Manager at SPG. “Since that time, they have proven themselves to be a great strategic partner with the City of St. Petersburg and are a big part of the recent growth and success of our airport.”

When flying into Sheltair SPG, all roads lead to a treasure trove of culture, entertainment, and relaxation, including beautiful art galleries, museums, fine dining, and pristine beaches with a newly-constructed pier that seamlessly combines the peaceful blue waters of Tampa Bay with the vibrant greenery of St. Petersburg’s parks. 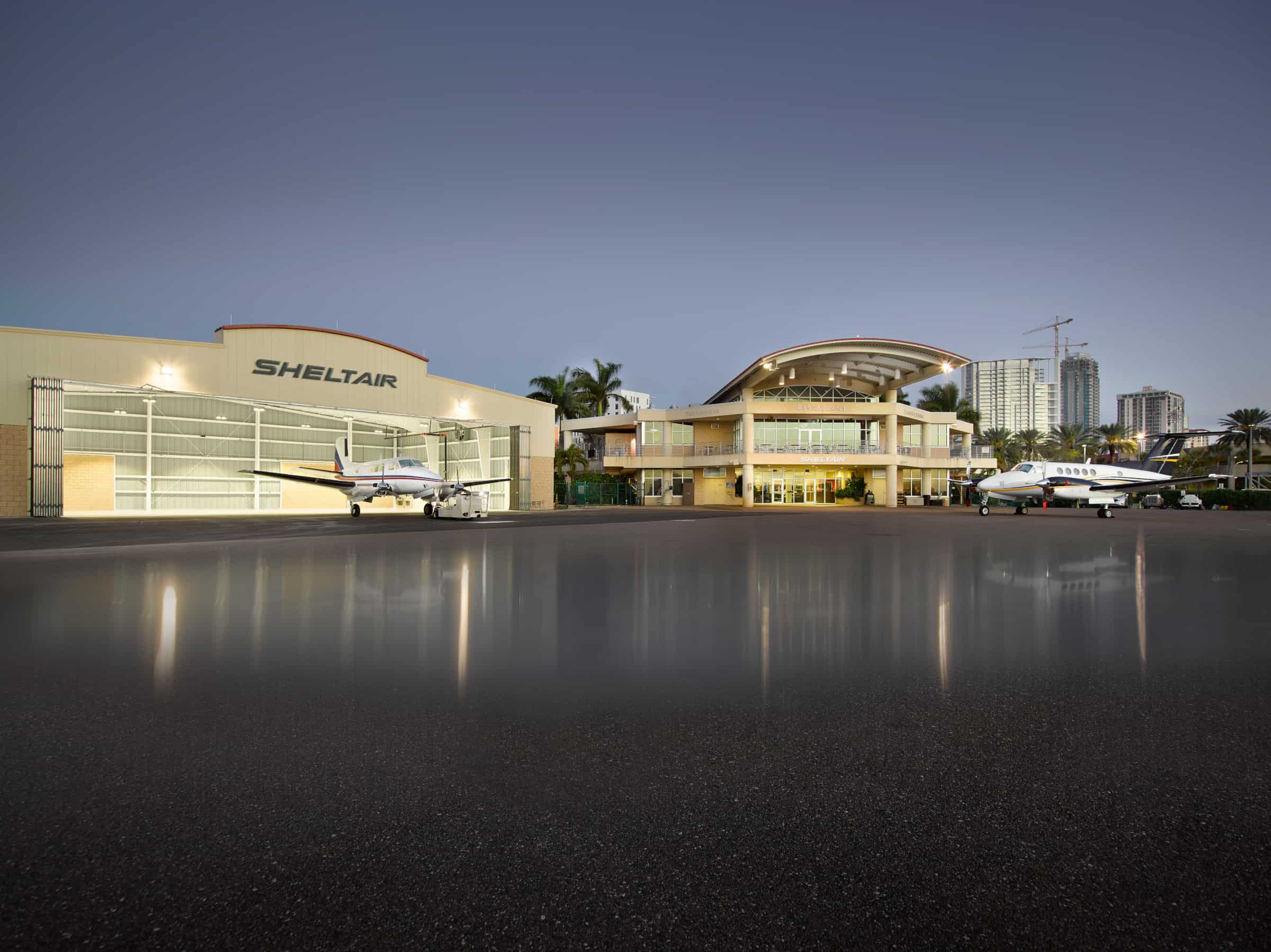 For sports enthusiasts, Sheltair SPG welcomes visitors every year to IndyCar’s St. Petersburg Grand Prix; one of the airport’s runways is used as part of the track for a thrilling event that combines the best of wheels and wings by the water. Visitors can also enjoy the airport’s close proximity to Tropicana Field, home of the Tampa Bay Rays, and the Al Lang Stadium, home of the Tampa Bay Rowdies.

For those who enjoy a slower pace, St. Petersburg offers the ultimate location to stroll, bike, shop, swim and enjoy concerts. And with a premier FBO experience awaiting you upon arrival with Sheltair’s customer-centric team, St. Petersburg makes for an excellent destination choice for leisure travelers looking for a fantastic Florida getaway.

“The Sheltair team at Albert Whitted Airport has done a phenomenal job throughout the years,” said Mark Miller, General Manager of Sheltair SPG. “Serving our guests at this historic airport with the highest safety and service standards has ensured that aviators visit us often, and that really makes us proud.”

Sheltair SPG stands ready to provide a full suite of FBO services with the highest consideration for safety and customer care. Services and amenities include:

Visit SheltairAviation.com to make your reservation—you’ll be just one flight away from bliss.